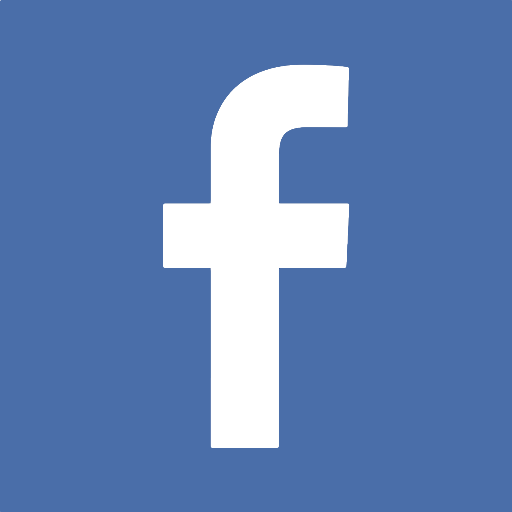 Chillies,  How to Grow Them and
How to Eat Them

First things first.
How do you spell it? It seems that are 3 different ways of spelling. First, there is "Chile" which seems to be the authentic spelling. Then there is "Chili" which seems to be the preferred American English spelling and there is the British spelling that ads another "l" for some reason ending up with "Chilli". That makes the plural form then Chilis or Chillis. And then there is our own spelling that throws in another "e" at the end. Our version seems to be neither authentic nor grammatically correct but we will stick to it for now as it is sometimes written like that over here. We will fix it up later. To complicate matters it is sometimes referred to as Chilli Peppers. A name that even made a rock band popular many moons ago.

Chillies are certainly one of the most intriguing plants God has created and are mostly known for their hot qualities. The biggest value lies in the spicy flavor it adds to many dishes, although it also has some medicinal purposes that are lesser-known. On this page, we are giving a brief introduction to the history of the famous chillie pepper, its chemical makeup, and some basic guidelines on how you can grow your own chillies, and dry them as we do. Photos on this page are from "Chil-a-bit", our own Chillie growing project.

The Chilli family history
The botanical 'genus' to which all chillies belong is Capsicum (CAP-see-coom), from the Greek "kapto" meaning 'to bite'. That is a good way of putting it. You can't chew on it as one needs to bite it and get it done. The genus Capsicum is also a member of the wider Solanaceae or Nightshade Family and therefore Chillies are closely related to their genetic cousins, the tomato, potato, tobacco, and eggplant. Capsaicin is the active component of chillies. Capsicum produces a sensation of burning in any tissue with which it comes into contact, not only your mouth. It is an irritant for both humans and animals but amazingly birds don't seem to mind eating chillie seed with a smile. Capsaicin and several related compounds are called capsaicinoids and are produced as a secondary metabolite by chillies. What that means I am not sure but what I know is that whatever is the primary or secondary compound it burns equally. Pure capsaicin is colorless and odorless and therefore puts it in a dangerous category of foodstuffs. There is no warning really unless you print it on the packaging.

Chemical Makeup
Capsaicin is a chemical compound that "targets" nerve endings in the skin, especially the mucous membranes inside the mouth and throat. The chemical makeup of chillies consists of the following very long combination of chemical elements: (CH3)2CHCH=CH(CH2)4CONHCH2C6H3-4-(OH)-3-(OCH3). We trust the scientists on this one. With all those chemical compounds one begins to understand why chillies have the potential to be so potent.
The Scoville Heat Scale
A pharmacist most probably with a liking in chillies figured out that there needs to be a way of measuring how "hot" chillies are, as there are so many different cultivars. So they ended up with the Scoville Scale as a way of measuring the heat of chillies. The number of Scoville heat units (SHU) indicates the amount of capsaicin present. The scale is named after its creator, American pharmacist Wilbur Scoville. His method, devised in 1912, is known as the Scoville Organoleptic Test. The modern commonplace method for analyzing the capsaicin content uses what is known as liquid chromatography, making it possible to directly measure capsaicinoid content. That sounds like a better way of testing it rather than tasting and measuring the ensuing decibels in someone's voice.

See the "Hotter than the sun" -Infographic for a bit of fun.
Varieties

It is at this point that the spell checker flips over. With close to an estimated 3000 kinds of chillies it is understandable that there is often confusion in the classification of chillies according to different varieties. Most of us are known with those that we see at the local market or grocer store but there are countless more varieties that are mostly the domain of growers for specialist markets.  Domesticated Chilie varieties are classified in the following main groups:
Capsicum annuum, which includes many common varieties such as bell peppers, wax, cayenne, jalapeños, and the chiltepin.
Capsicum frutescens, which includes malagueta, tabasco and Thai peppers, Piri Piri, African birdseye chili, Malawian Kambuzi.
Capsicum Chinese, which includes the hottest peppers such as the naga, habanero, Datil and Scotch bonnet.
Capsicum pubescence, which includes the South American rocoto peppers.
Capsicum baccatum, which includes the South American aji peppers.
ORAC Units (Oxygen Radical Absorbance Capacity)
ORAC is a method of measuring antioxidant capacities in food samples. The antioxidant values of foods are expressed in ORAC units, a unit of measurement for antioxidants developed by the National Institute on Aging in the National Institutes of Health (NIH) in the US. The antioxidant value of chili powder described in ORAC units is 23,636 μ mol TE/100g. (The ORAC value is expressed in micromoles (μ mol) of Trolox Equivalents (TE) per 100 grams of the sample).
Pests and Diseases
Capsicum varieties are unfortunately exposed to, and prone to attracting a wide range of diseases and pests. Can you believe it. The reward of a healthy crop far outweighs the struggles one encounters on this journey of growing your own chillies. They are therefore not the easiest crop to grow and it will require patience and experience to maintain a healthy crop in a sustainable way. The correct diagnosis of diseases is critical but without the help of an expert difficult. So for the backyard farmer, it is very much a matter of learning through trial and error. Many diseases display similar symptoms and it is only through experience or the help of an expert that one will be able to identify the root of the problem. The whole plant from the roots to the fruit is prone to diseases. Following is a list of the most common diseases and pests. First take a deep breath and admire those successful chillie growers if you perhaps know one.
Major and Minor Pepper Virus (Cornell University)

We are almost done with this introduction on how to grow chillies. One question remains and that is how do you eat them? Those chillies on the top of the Scoville Scale and even a bit lower down are inedible so we aim for those in the middle of the scale and those further down. Most of them are the common red thin long type. Avoid those yellow, black, and purple ones with all those funny names. Those are the ones that are going to get you into emergency care very quickly. There seems to be no common cure for that burning sensation so if you can't stand it rather avoid it but if you do want to give it a go sit back relax have a glass of liquid at hand and just bite them into pieces and swallow it down. It is still going to burn so enjoy it while writing a poem on the subject on the end of the universe. Some people say its addictive. I am not there yet!.

There is even an Chile Pepper Institute
This was page compiled by GAP Ministries on a hot day.